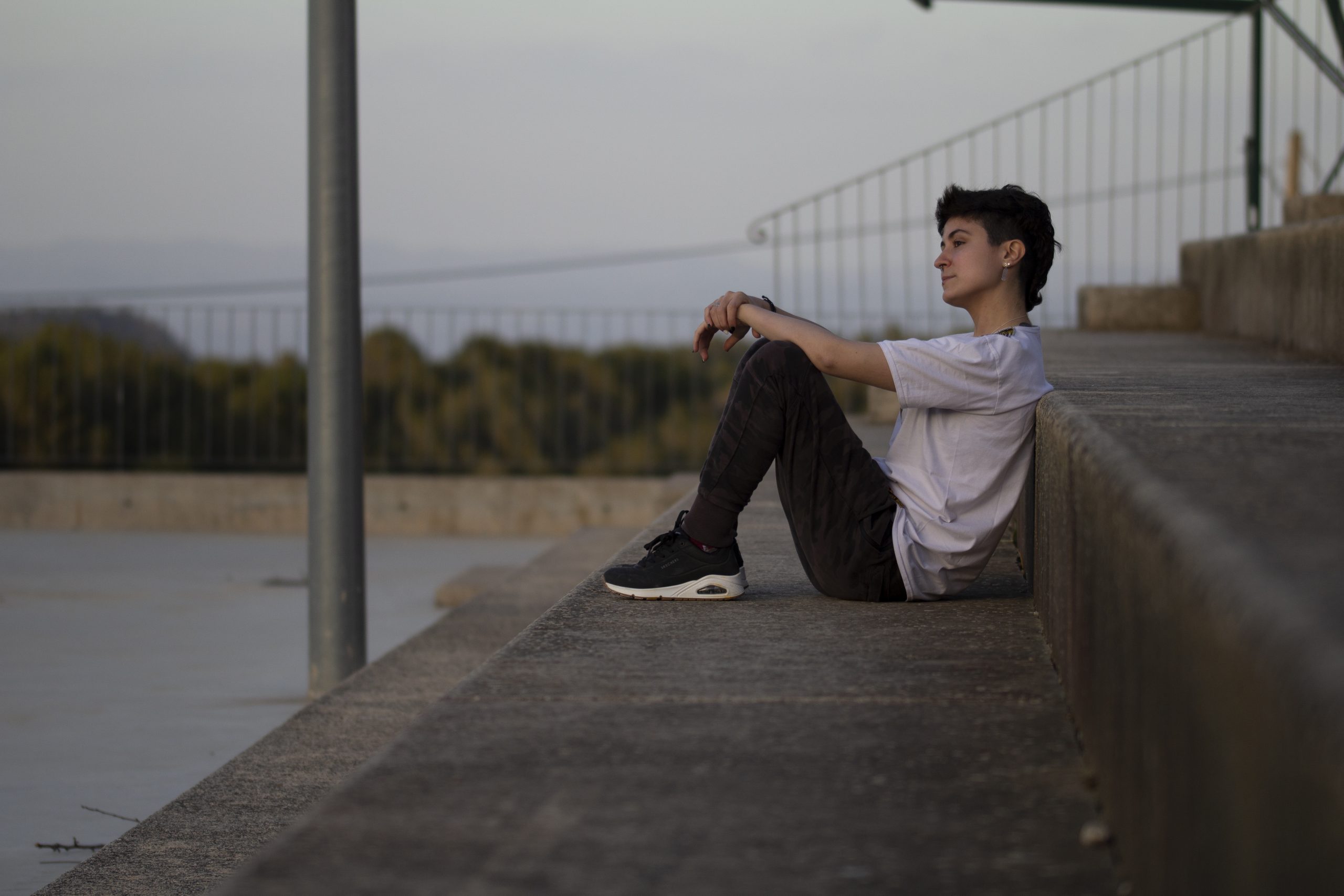 Before addressing the central theme of this article, we must think about gender.

Surely many autistic people who read these lines will have asked themselves thousands of times: What exactly does it mean to be a woman? Does it have to do with performative characteristics (that is, with how we act in society) or with something inherent to ourselves? And what does it mean to be a man? Are the categories “man” and “woman” simply social constructions and, therefore, susceptible to being deconstructed, or is there something else behind gender roles?

I and my environment constantly ask ourselves these questions, and all for one simple reason: autistic people tend to have a particular relationship with gender. In general, the rules imposed from “outside” (that is, the formulas agreed by society) can be confusing, meaningless, without a clear purpose. We don’t understand why eye contact is so important (we listen better by staring the other way), and small talk bores us supremely. In addition, in terms of gender, we often question why toys or types of clothing are associated with a specific category (man or woman), why we should act in different ways if we were born with some genitals or others, or why the nuclear family traditional monogamous cisheterosexual is the only (and the best) possible. In short, many of us perceive gender as a spectrum, to the detriment of a binary conception that may seem outdated or lacking in any logic.

Social conventions cover practically everything, and for neurotypicals it seems relatively easy (with exceptions, obviously) to abide by them, to assume that gender is defined by a series of more or less rigid rules and to act according to them. But for autistic people (at least, the ones I know) it is much more complicated to make sense of all this and integrate it as part of their own being. For this reason, it is much more common for the autistic population to be part of the LGTBIQ+ group and/or to have a particular relationship with gender. There are even activists who have coined the term “autigender” to explain how both concepts are interrelated in certain autistic people (their way of seeing gender cannot be separated from their autism, and vice versa), or “gender masking”, which refers to our effort to perform a series of masculine or feminine attitudes (depending on the case) to better adapt to society.

The role of women in society

As can be inferred from the previous section, at this point I am not going to talk only about cis women; I will also talk about trans, bisexual, androgynous, non-binary women, butch lesbians or femmes, and everything that is far from the most purely normative and standard. I shouldn’t have to make this point, but it’s often taken for granted that the only women out there are white, sane, upper-middle-class, neurotypical cisheterosexuals. And we must broaden that focus to meet women who, for example, cannot afford a diagnosis (because they have a low socioeconomic level; therefore, from autistic activism we claim the validity of self-diagnosis), or who are not visible because they hardly come out of bed due to their psychic suffering (psychiatrized women, for example), or who have a dissident gender identity and, therefore, not in accordance with the norm.

However, not being able to cover everything, I will focus only on people perceived as women by society. Since childhood, we learn that women must be respectful, obedient, accommodating, caring, with a high sense of responsibility, serious and educated; It is even well seen that women are rather shy, not noisy, with initiative but to a certain extent (not too competitive, that they do not disturb the hierarchies of power), perfectionists and orderly. But here the problems begin for ASD women, in both directions: underdiagnosis is very common, or reaching the diagnosis in adulthood (if the woman in question fits that profile of an obedient, shy person with few friends; nobody is alarmed by her or suspects that she is on the spectrum, because she has a “normal” attitude, the one expected of her according to her gender), but, on the other hand, masking is also very common (to fit that profile of perfect woman that, unconsciously, we perceive as the ideal, the one desired by all).

Both underdiagnosis and masking have dire consequences for women. In the end, trying to adapt to a world that we perceive as hostile, we can develop post-traumatic stress disorder, pathological anxiety, social phobia, extreme perfectionism or eating disorders, among many other conditions. This will also be added to the characteristics of ASD: our cognitive rigidity, our literal communication, our naivety (we are more prone to abuse and neglect by professionals and colleagues) or our strong sense of justice and morality. (which can cause us problems when making unethical decisions at work), among many others. It should be noted that these are generalizations, since no two autistic women are the same, but surely many of us see ourselves reflected in one or more of the points mentioned above.

On the other hand, it is very common that our peculiarities are seen as individual failures, anomalies to redirect, defects to heal (in some therapies, for example, autistic people have been forced for years to look into the eyes, instead of respecting the difference). And, instead of seeking a forced inclusion, or trying to integrate ourselves into a capable society that wants to erase our unique abilities to assume them in a unique and universal normality, we should change the focus and simply learn to live together, respecting the particularities of each one.

How to survive the job market?

It is likely that, due to our past (which often includes bullying and the aforementioned underdiagnosis, added to other negligence), as well as the demands of the job market (extremely competitive, and that rewards the most socially and communicative capable person, capacities that are usually difficult for ASD women to assume), we end up developing anxiety and even severe depression, due to that constant attempt to fit into the norm and try to act according to what is expected of us.

Along the same lines, it is common to feel exhausted after socializing in work meetings, meltdowns and even burnouts due to excessive masking, overload due to stimuli, the tendency to seek constant approval from colleagues and superiors, the feeling of having to fake a role or play a character to fit in (because we see that the outgoing man in the office will always succeed more than us, despite working many more hours than him and delivering perfect, detailed reports without any errors), the intuition that the job market is governed by competition, lies, appearances, the ability to step over the other or have business skills, and the even more overwhelming intuition that the job market should be something else; an infinite world of possibilities, a world that also rewards less charismatic people, neurodivergents, those who strive every day to do their job as well as possible. But we usually feel a lot of frustration because we see that there is still a long way to go to get there.

Finally, we are left to ask ourselves a question: how could an autistic woman be in a safe work environment, with colleagues who love, respect and understand her? It will depend a lot on the personality and character of each one, but we tend to pay close attention to details, help others, work tirelessly if we believe in what we are doing, fight against injustice, be noble, loyal and honest. But I invite you to get to know each one of us individually and discover all the potential that, on many occasions, we have not been able to show 100%.

You can find out more about which cookies we are using or switch them off in settings.

This website uses cookies so that we can provide you with the best user experience possible. Cookie information is stored in your browser and performs functions such as recognising you when you return to our website and helping our team to understand which sections of the website you find most interesting and useful.

Strictly Necessary Cookie should be enabled at all times so that we can save your preferences for cookie settings.

If you disable this cookie, we will not be able to save your preferences. This means that every time you visit this website you will need to enable or disable cookies again.

This website uses Google Analytics to collect anonymous information such as the number of visitors to the site, and the most popular pages.

Please enable Strictly Necessary Cookies first so that we can save your preferences!